At present, the bottom flushed round cans used in domestic production are made by drawing tin or chrome-plated sheet by a shallow drawing method, and the ratio of the height of the can to the diameter of the can is less than 1. Since the can body is shallow and has no seams, it is now mostly used for canned fish, shellfish, shrimp, crab, etc., which can reduce the corrosion of the can wall.

Since the punching and cupping (shallow punching) mainly uses the ductility of the tin-plated sheet, the sheet is plastically deformed under the squeezing action of the die to form the required container shape, so the process flow is relatively simple, and the key process is the punching of the can body Trimming and trimming are done on the punching machine with the help of different stamping dies.

1. Since the metal material of the shallow punching plate tank is not thinned during the punching and drawing process, in order to ensure the thickness of the tank bottom, a thicker plate is required to avoid bending and deformation of the tank bottom.

2. For the empty cans with deep stamping, it is required to use the soft-pointed sheet after quenching and tempering to adapt to the pressure in the stamping process, so that the sheet has better plasticity and avoid the iron sheet breaking during the stretching process, and the hardness is generally required. The grade is T2, if it exceeds T4, it is difficult to draw.

4. The thickness of the plate used for punching and cupping also depends on the pressure of the product, the vacuum requirement and the adaptability of the double-roll seal of the top cover.

The stretching principle of cupping
1.The forming process of punching and cupping is shown in Figure 1-32. 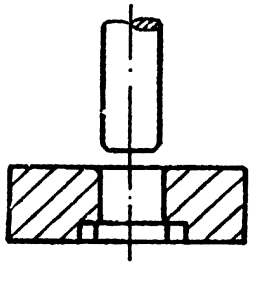 Punching and cupping is an integral structure formed by punching the punch to the die to stretch the sheet. When the punch is driven by the crankshaft of the punch into the punch, the sheet is punched and the designed container is formed according to the shape of the punch.
2.The force analysis in the stamping process is shown in Figure 1-33. 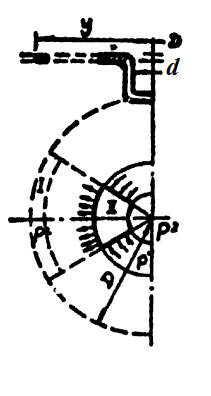 Circular punching and cupping The diameter D of the plate used for punching and cupping is larger than the diameter d of the punch. When punching, the plate starts from the outer diameter of the punch and takes the outer part into the gap between the punch and the die, and is on the circumference The internal stress P1 is generated in the direction. Since the gap is basically the same as the thickness of the sheet, the sheet is not allowed to become thicker after shrinking. As the circumference shrinks, the sheet is bound to be compressed. In order to adapt to this shrinkage phenomenon, it can only extend in the radial direction. , Produce the elongation internal stress P2. When the plate continues to move into the concave die, the die mouth receives the greatest external force, and correspondingly produces intense deformation. Because the elongation force in the radial direction is greater than the compression force in the circumferential direction, the metal plate is elongated and stretches along the punch and The gap of the die forms a cylindrical cupping can.

3.The deformation of each part during drawing is shown in Figure 1-34. 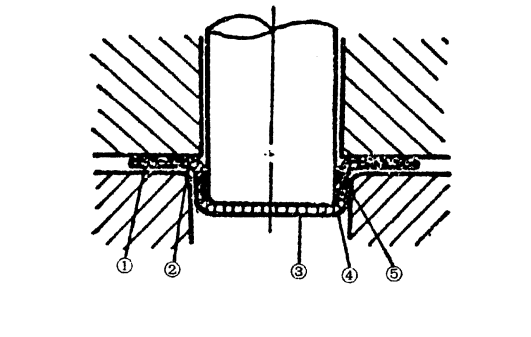 The crystalline change of the metal in this part is the most intense. It requires the flat plate to be squeezed into an upright cylinder through the arc surface of the concave die mouth, so the force is the largest, the stress and deformation are also generated at the same time, and the thickness increases accordingly.

(3) In the gap between the punch and the die

This part of the plate is only subjected to downward pressure from the punch, and thus stretches. The stress is mainly in the radial direction and the deformation is generated at the same time in the radial direction and the thickness direction. Because the volume of the metal does not change, after the sheet is elongated, the thickness of the metal will be thinned in different degrees in this part.

(4) In the rounded part of the punch

(5) On the bottom part of the punch

This part is affected by the tensile force of the surrounding metal, and the diameter is slightly increased, but the deformation is within the elastic limit of the metal, so the thickness is not reduced or slightly thinned.